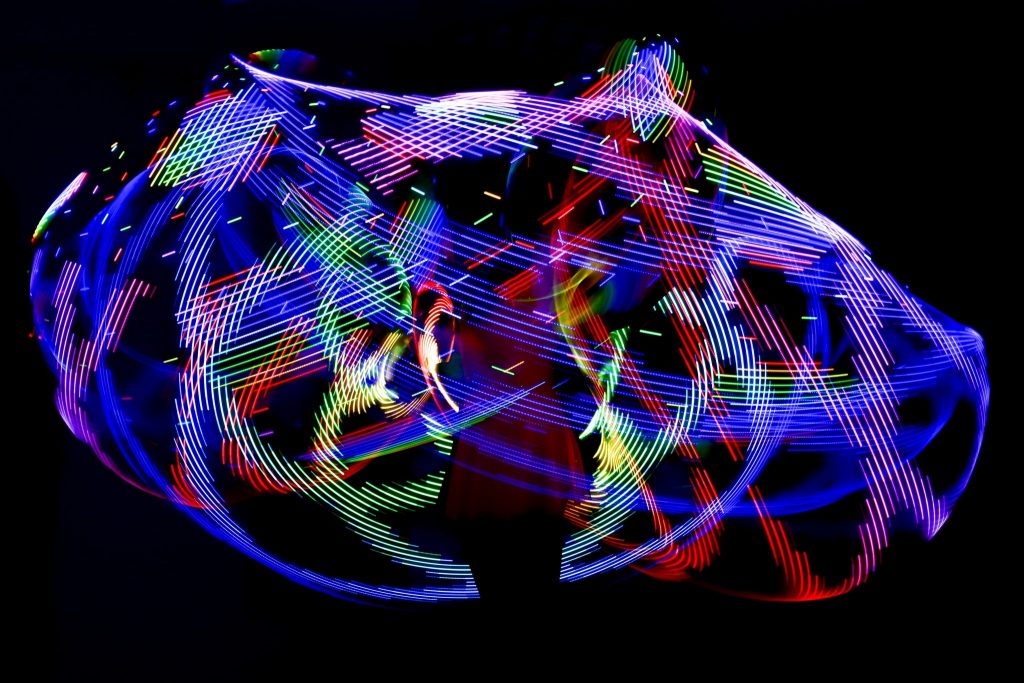 3 breakthrough anti-ageing technologies and what they mean for you

“Ageing is a natural process and there’s nothing you can do about it.” Right?

Wrong… but how often do you hear this popular refrain?

There is a difference between popular opinion on the one hand, and scientists and technologists on the other hand – and the people behind them, such as venture funds and private philanthropists. They treat “ageing” as a challenging problem to be solved, not a natural and unavoidable process. Thanks to some of the technologies available now and in future a longer, healthier lifespan is inevitable.  There is no biological law that says that you MUST age.

Why do we age?

Like with any complex phenomenon, explanations of ageing have evolved over the years, from rather simple (such as being caused by free radicals) to more nuanced. Within the latter category, there is a view that aging and the diseases that come with it are the result of multiple “hallmarks” of aging – in fact, 9 such hallmarks:

Dr David Sinclair, the author of Lifespan, believes that there is a singular reason why ageing occurs and what lies beneath the nine hallmarks of ageing. Yes, a single reason why we age. Aging, quite simply, is a loss of information, digital and analog. Our DNA is akin to digital information, which can be stored and copied again and again with tremendous accuracy. It’s no different in principle from digital information stored in in computer memory or on a DVD. This digital information lasts way longer than 80 years (this is a new discovery).

Analog information is more commonly known as the epigenome (i.e., heritable traits that aren’t transmitted by genetic means.) The epigenome is the structures within the cell that allow some genes to be read while keeping others silent. Because the analog information is very hard to preserve, it’s the first one to fail. And this is what, according to Dr Sinclar, causes ageing.

One of the most exciting discoveries in recent decades was that there are genes that control aging – so-called longevity genes. These genes don't just make life longer, they also make it healthier, which is why they should be really called “vitality genes”. Here are some of the better-studied genes, together with their functions:

These genes are activated in the time of biological stress.

Ready to hear about the three breakthrough anti-ageing technologies?

They are already a reality in humans and human tissues, and not just animals.

Senolytics are anti-ageing drugs, they work by removing certain cells that accumulate as we age. During ageing our cells eventually lose their identities and cease to divide, in some cases sitting in our tissues for decades. Zombie cells secrete factors that accelerate cancer, inflammation and help to turn other neighbouring cells into zombies. It’s hard to reverse aging in senescent cells, so the best thing to do is to kill them off, which is what senolytics do. These drugs will not enable you to live longer as yet, but they treat specific ailments by slowing, halting or reversing a fundamental process of ageing.

A number of senolytics are now in human trials to treat debilitating diseases:

Skin ageing – a group of researchers conducted a trial into into whether immune-supressing drug rapamycin can slow photoageing and dermal volume loss and increase collagen. It did… although the study is exploratory and yet to be extended in clinical settings.

Advanced “dry” age-related macular degeneration (AMD) is a leading cause of blindness in adults over 50. We humans lack the innate ability to regenerate retinal tissue and replace lost retina cells. This led us to believe that progressive disease may be slowed or halted, but not reversed.

But researchers from Lineage Cell Therapeutics, a clinical-stage cell therapy company, proved otherwise. They demonstrated a clinical breakthrough with regeneration of retina using RPE stem cell injection. These results are unprecedented. If they can be replicated in larger clinical settings, this study is likely to go down in history as a turning point for regenerative medicine. You can find images from the study here.

Can your cells be re-programmed back to a youthful state?

While this may sound like magic, this is exactly what a group of Stanford University researchers have done.

They hope that the technique will help in the treatment of diseases, such as osteoarthritis and muscle wasting, that are caused by the aging of tissue cells. In this study the researchers utilised powerful agents known as Yamanaka Factors (Dr Shinya Yamanaka received the Nobel Prize in medicine in 2012)which re- reprogram a cell’s epigenome to its embryonic state.

The Stanford team extracted aged cartilage cells from patients with osteoarthritis and found that after a low dosage of Yamanaka factors the cells no longer secreted the inflammatory factors that provoke the disease. Human muscle stem cells, which are impaired in a muscle-wasting disease, could be restored to youth, too.

Turn Biotechnologies (the company set up by the researchers to commercialise the technology), is working on developing therapies for osteoarthritis and other diseases.

Other exciting therapies are underway, they have been done successfully in mice, and it’s only a matter of time before they can be replicated in humans.

What can you do now?

The rejuvenation roadmap is long, with many stages, and requiring a rigorous regulatory approval to ensure that the drugs and therapies are safe. These breakthrough technologies are not yet available to you and me. Senolytics, according to the MIT Technology Review, will be available within 5 years. It may take even longer for AMD stem cell therapy and cell rejuvenation for arthritis and muscle wasting (and it’s unclear whether lab results are transferrable to humans).

Other therapies (e.g., gene therapy) are costly and are not widely accessible. Is there anything that you can do right now?

When we’re exposed to challenges and hardships (starvation, toxins in small doses, infections, heat and cold), they all can lead to a longer life. There are plenty of stressors that can turn them on without cell damage, and many of them are virtually free. All these are pretty much low-tech solutions.

Consuming less food is good for you!

Even though studies in humans are sparse, there are plenty of studies in rodents and mammals. For example, one study shows that CR significantly improves age-related and all-cause survival in monkeys on a long-term ~30% restricted diet since young adulthood. In one rare study of Okinawans (aged 65+) it was clear that their borderline CR diet contributes to low risk of mortality from age-related diseases, and extended mean and maximum life span.

CR is not without its critics and may not be sustainable long-term, and so should be done with caution. But what we know today is that modest forms of CR with optimal nutrition need to be taken at least as seriously as exercise for increased longevity.

It’s possible to have anti-ageing benefits without having to go hungry with CR diet. The so-called fasting-mimicking diet (low in calories, sugars and protein, but high in unsaturated fats), practiced for 5 days a month for three months (and repeated, if needed), is believed to be safe and effective for longevity.

I personally find intermittent fasting quite easy, particularly when I’m busy at work.

Exercise switches on the genes to make you young again at the cellular level. I have written about the benefits of high-intensity training (HIIT) for longevity previously. Being out of breath for 10-15 minutes every other day is actually a good thing, as HIIT has been linked to a reduction in different diseases, particularly heart diseases.

As we get older, we tend to lose muscle mass, sometimes by as much as 70% in our third age. Resistance training (RT) is without question the most efficient method that helps you to retain your muscle strength and bone density, so that you continue to have an active and independent lifestyle. Regular, progressive training can also reserve aspects of ageing at the gene level and lower the risk of mortality.

Gyms are not an option for many of us right now, but there’s a wonderful alternative. Bodyweight resistance training requires no to minimum equipment and can be done anywhere.

Hot and cold temperatures as stressors

What is optimal for longevity – staying “cool” or being “hot”?

Temperature is a basic and essential property of all living creatures. Slightly lowering the core body temperature in warm-blooded animals for prolonged periods of time can extend lifespan by 20% (unfortunately, it’s not practical for humans to attempt to do the same). Cold seems to activate a certain temperature-sensitive channel (found in nerve and fat cells) which in turn activates a gene associated with longevity.

Incidentally, this gene can also be activated by wasabi (Japanese horseradish), so perhaps we should all go to sushi restaurants more often! In parenthesis, caloric restriction also lowers your body temperature. However, if you choose to expose yourself to cold, moderation is key, as hypothermia is detrimental to your health.

What happens if you decide to use hot temperature as a stressor? Science is less clear, although some lab studies show that raising temperatures in single-cell organisms just below the threshold they can endure can increase their lifespan by 30%. It seems to work in humans, too. According to one large-scale study, Finnish men who are frequent sauna users have a much lower incidence of heart disease and heart attack.

You decide which way you want to go!

Nutrition and longevity: Discover what these 3 leading scientists say and do
Read ~ 7 mins
Extend your skinspan with this revolutionary technology
Read ~ 4 mins
5 revolutions in cancer treatment technology and how a low-tech approach can help
Read ~ 4 mins
3 reasons why HIIT exercise may be your best longevity pill
Read ~ 4 mins
Why it's never too late to launch a startup
Read ~ 5 mins